What is culture? What are stereotypes? Which shock? – Culture Shock 1 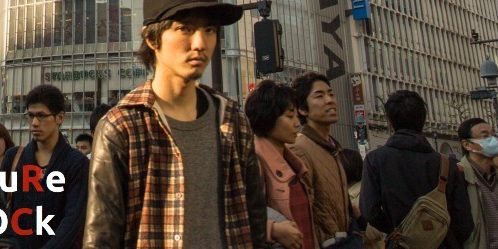 We landed in Africa and everything, but really everything was different. We had expected some, but so many differences. Uncomfortable border officials who wanted an address which we didn’t have. An incredible number of control: luggage, passports, with body scanning and all alike. Within a short time we were totally intimidated.

After a few weeks we also found nice aspects of the country and the culture. We met many nice people, really nice people, a lot more humorous and hospitable as people from Germany.

This was followed by a later phase of terror: so much disorganization we had never experienced before. Chaos everywhere.

A typical start of culture shock!

But what exactly is culture shock?

In order to better understand and classify culture shock, we need to understand three basic things:

Confrontation of lifestyles: What is culture?

Nature is the system of the world that surrounds us and that we can not change. We can transform nature and change the way it effects us. But the way nature behaves, weather, gravity, animal life, plant life, no man has power over it.

In contrast to culture: this is the way people live their lives, their work, their families, how they establish traditions and express themselves. And men do differently in each country, in each region. There are things that are easy and totally clear. The simplest example is the language. Why is a dog in German called “Hund”?

This is a convention to that somehow all Germans agreed. The animal “dog” per se has no connection with the Word. Whether someone says “dog”, “perro”, “chien” or “kelb”: the living dog does not care. (In linguistics we call this relationship “arbitrary”.)

This also applies to many other things. In Germany, you usually finish your plate until it’s empty. Just the opposite in Africa, because you indicate with an empty plate that you want more. You need to leave something on the plate. But this is not true for every corner of Africa. And not for every family.

So it may be that people or groups decide an issue “against” their culture and consciously want to be different – e.g. Punks or rockers in Germany or teenagers in France who invented their own language verlan (ver-lan = l’envers, the other way around, the syllables are reversed, so that all words are reformed).

What are stereotypes? How are prejudices expressed?

The way a culture presents itself, for example the German, American or French, how it can be defined, is very fast moving towards cliché. A cliché is something stereotype about people and groups which may be somehow true in parts but in their entirety and uniqueness it’s mostly wrong. The cliché of the hard-working Germans is correct so far that Germans often do work more than other nations. But it is no problem at all to find a German who is lazy, who reluctantly works, as it’s also no problem at all to find a non-German who works more than most Germans.

The concept of prejudice is similar but has negative connotation right away. A prejudice is a rash judgment about a person, a group or a nation, which is not grounded on reality and therefore wrong. The “hard-working and boring German” is just a prejudice as the “French Super lover”, the “spaghetti-eating Italians” or “coarse Americans”.

Stereotypes and prejudices influence our perception of the other, whether we want it or not. We need to fight against them with intention as we grew up with them. In some ways, they may be necessary because we as humans beings always have to judge every situation immediately.

What is culture shock?

I move to a different culture, where you have to leave something on the plate, but eat up everything because at home that’s what you do. And now I will experience a reaction of my hosts that do not correspond to my expectations. Depending on the severity of this reaction, I may be amazed or even shocked, or simply confused.

Now we better understand what is commonly referred to as “culture shock”: the confrontation with a culture that is so different from our own, I fall into some kind of “shock”. In my opinion, shock is the wrong word, because we normally associate some kind of rigid with shock. But that does not fit as it’s the case perhaps with someone who had a serious accident, witnessed a terrible event or received a terrible news. We are confused because rules we had known may no longer apply, and we do not understand what is happening. We can’t classify the event neither emotionally nor rationally.

Our example with the empty plate fits very well because the question why you eat your plate up, is not a topic of discussion in Germany. It is impolite not to do. Why this is the case, this question may be asked by children. Is there any logical reason why Germans eat up and others don’t? You can invent a reason, for example, the assumption that German have the tendency not to waste things and don’t want to throw anything away. But the opposite is not necessarily the case for many others nations either. The reason behind it is therefore more a tradition, an agreement everyone seems to convey, but whose origin is not really clear.

This confusion of my sensations in a new environment is usually only subliminal. It also doesn’t occur immediately. In the beginning, you are excited about the new culture. Different things may be fascinating indeed: food, clothing, architecture, music. You don’t need be shocked or confused because others do not eat up. But when people communicate only indirectly and never as direct and clear as at home, this can cause enormous problems. Conversely, the other way: people from indirect cultures sometimes feel offended if their friends or superiors clearly tell them what they have to do or not to do – obviously without any politeness.

There are different steps of culture shock as we will see in the next article more detailed.