Are you authorized asks the Gendarme – Living in Aix 1 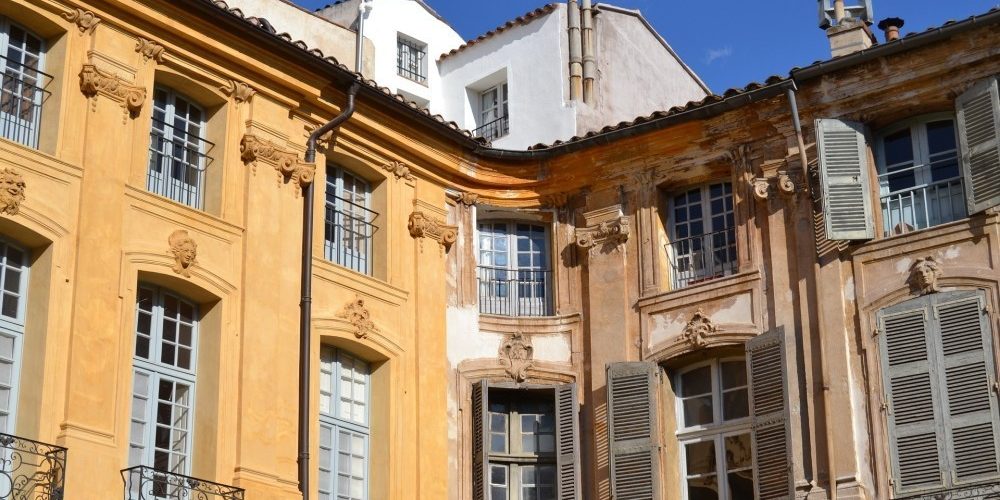 We haven’t been in Aix-en-Provence for two weeks yet when Mike wants to take some photos of our house to show them on the home page later. So he takes the elevator from the 8th floor down to ground floor and ambles across the square, half of which is a parking lot, the other half a paved area with a few trees and benches.

We had bought a digital camera a few weeks before our departure. With this nice toy you can shoot photos endlessly without having to print them all. So Mike doesn’t just snap a few pics, but dozens of them, thereby arousing suspicion from an elderly gentleman.

The man says something to Mike, but Mike doesn’t understand a word due to his still rudimentary French and the fact that the gentleman speaks without a voice, probably because of some larynx surgery. The only thing he picks up sounds like “otorisee”, which he can’t make any sense of. The elderly gentleman fetches a friend, who speaks in a normal voice, but makes up for it with his exceedingly strong Provence accent, which doesn’t make things any easier. Nevertheless, it slowly dawns on Mike what this is all about.

The elderly gentleman wishes to know whether Mike is authorized to take photos of this building. He thinks Mike is a journalist or someone from a real estate firm who is interested in the building for some reason. The gentleman’s friend soon realizes that Mike isn’t French and that he just lives in this house and wants to show it to people at home.

He wishes to know whether Mike is authorized to take photos

That’s enough for our elderly gentleman’s friend. Finally he wants to know where Mike is from: Allemand – German is not very hard to say, so he understands right away.

But the elderly gentleman who initiated the conversation isn’t quite so easily satisfied. With gestures, he gives to understand that this is not quite “otorisee” enough for him! For seeing himself as the building’s watchman, he spends nearly all his time sitting in front of the door, but he hasn’t seen Mike yet.

So we christened him our “Gendarme” who dutifully watches over us, likes to be greeted respectfully and probably misses nothing that’s going on. But luckily, even he has to eat and sleep and see a doctor once in a while…