How to learn a very similar language – here Dutch 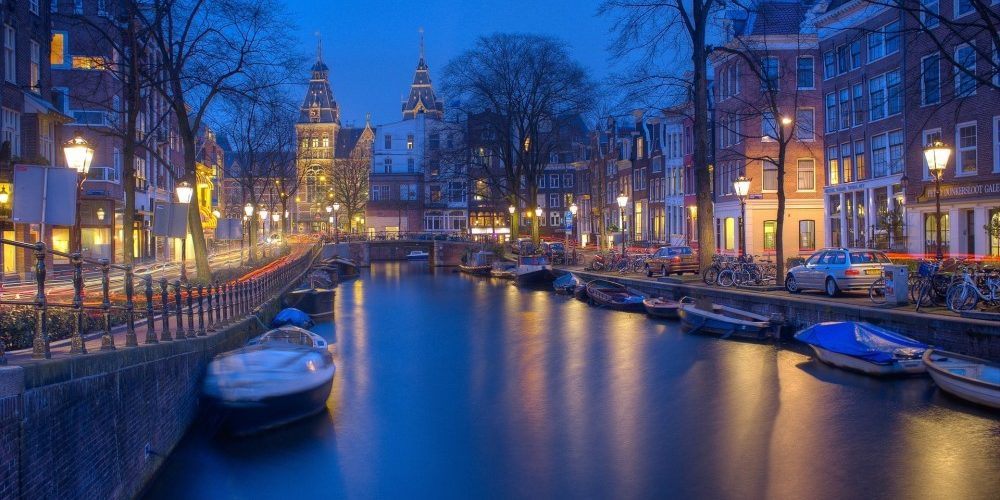 Dutch and German are not only neighboring languages geographically, they also both belong to the west-germanic language family and are quite similar. The difference is somewhat comparable to the one between Spanish and Portuguese.

I have always been interested in the history and culture of the Netherlands. And even in my job I had to deal with the Dutch language. So I applied for an intensive course in Amsterdam. There, they offer special courses for German mother-tongue speakers as the progress is obviously faster than for people with Spanish or Russian as mother tongue, and faster than in mixed groups during summer courses at Dutch universities.

The very first day I learnt that “intensive” really had to be taken seriously. Every day had six hours of teaching, plus two to three hours at night for home work and vocabulary exercises. This is the principle of „total immersion“: you totally dive into the language: The instruction, with two teachers alternating every day, three hours each, was completely done in Dutch. We were allowed to ask questions in German, but the answer would be in Dutch.

As we stayed in Amsterdam in a Dutch setting, we were surrounded by the language, heard and read Dutch everywhere. Originally, immersion (the complete teaching setup is done in the target language) was used to design language learning the same way as first language acquisition in the mother tongue, for example, for children in bilingual kindergartens and schools. In our case this diving into the language was combined with systematic second language acquisition.

There were 14 of us language students, among them only three complete beginners (I was one of them). All the others already knew simple sentences and had good listening skills as they either had Dutch partners or had lived in Amsterdam for some time. The first day was one of the hardest lessons I ever had, but then it got better and easier day after day.

The course focussed on listening skills, conversation and text production. Reading skills were assumed. It became clear that the proximity to German is a big advantage: Many grammar items didn’t need to be explained or learned as the teacher only said: “That’s like German”. For example the inversion of the verb after certain conjunctions: After “in spite, nevertheless” and others the order of the parts in the sentence is Verb – Subject and not Subject – Verb.

But there are also similar difficulties to German, for example, the genus of nouns (male, female, neutral). Learning the vocabulary is necessary for the use of the language, but not as difficult as in languages that are far away from German. The irregular verbs, which they have in abundance are very often conjugated as in English. And then there are many false friends, as usual, in closely related languages (Dutch “meer” is German “lake” and not “sea”; Dutch “zee” is German “sea”).

And there are words that sound funny or cute to us. We understand them, but in German these words are not the unmarked normal words but they have an emotional connotation: Dutch “beest”, English “beast”, we Germans understand as “creature, not human, but animal”. But, in German the same word, “Biest”, means “creature, mostly animal, but figuratively also human: nasty, wild, harmful”.

After two weeks – ten times six hours of teaching – we were expected to have arrived at level B1 (ACTFL more or less 2), and that was the case of two thirds of the participants. After the course I was able to express myself in daily situations and conversations without major problems and wrote short texts. I still had a lot of problems with listening in daily life and with slang. Back in a German setting, these active language skills unfortunately get lost very fast.

And there was not a lot of time for culture and society during the intensive course. After all, I’ve learned that the Netherlands differ tremendously in language, culture and society depending on the region: in the randstad (the surroudings of Amsterdam, Leiden, The Hague, Rotterdam, Utrecht, Almere) people talk very differently than in Friesland or Limburg, also the habits and the culture differ enormously.