What on earth is phonetics and why should I need it? 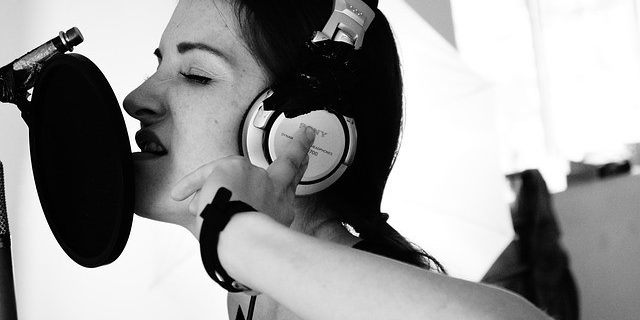 Everyone knows that you need to pronounce difficult sounds when learning a language – at least most of the time.

If I am learning English as a German speaker, there are sounds that I don’t know and need to learn. For example, in German there is no dental fricative sound (that is, pronounced between the teeth like a lisp).

If I am learning German as a British or American English speaker, there are even more sounds that I would find difficult. In particular, the sound ch in “ich” causes problems, not to mention the many vowels. For French it is a similar story, at least for English speakers. German speakers quickly realize that they actually know all the sounds, although they are used differently and the subtleties are therefore even more complex, for example, the varying nasal sounds. Phonetics is the science behind all of this.

Why do I need phonetics?

Most of the time you don’t need it at all. You can learn a language perfectly well without having to understand the scientific analysis of all the complexities behind it. Indeed, many tutors who teach phonetics – particularly at university – are not able to convey the most important content without having to or wanting to explain the whole system.

So why then do I need it?

There are three groups of learners for whom phonetics (learning Phonology, for instance) is interesting and helpful, and three reasons why:

1. IPA = International Phonetic Alphabet: People who need to learn unfamiliar sounds such as those found in Arabic will quickly learn to appreciate the IPA. It can also be helpful for “easier” languages. For example, I learned the IPA alphabet at school on the side when learning English.

2. Difficult sounds: There are sounds that we just cannot pronounce, and that need to be learnt somehow. This is where phonetics comes into play. If the sound is explained (how it is pronounced and where it is used), then unfortunately technical vocabulary can scarcely be avoided.

3. Wanting to understand: People who are learning multiple languages in the long term might be interested to know and understand more; how do we produce sounds and what possibilities are there? This can be very exciting – only for those who are interested, of course!

In 1886, a French-British work group led by Frenchman Paul Passy developed the phonetic alphabet, which since then has been continually enhanced and is complete today. There is a symbol to represent every sound that a person can produce. At first, the confusing thing is that there are many additional symbols showing how a sound can differ from the standard sound (diacritics). For beginners this can often be overwhelming and unsettling.

It usually suffices to look at the system of one’s own mother tongue and to study the system of the target language. Here are a few more examples to help:

– mama: For a see above, but m is the sound in one’s head when the lips stay shut, the vocal chords buzz, and the air escapes through the nose.

A, m and p are also transcribed in a similar way in the IPA.

One difficulty that causes confusion again and again – even for advanced learners – is the fact that there are many materials in English circulating on the internet and elsewhere. However, English is a language that is phonetically difficult and problematic. It is a language that really requires you to learn the IPA for it, rather than learning the IPA in addition to it. For instance, Anglophones frequently put ee for i, which works for “to see” and other words, but not always (for example, each, these or angry).

Many people who learn German struggle with the ch sound after e and i, where it is pronounced very softly. They change the sound then to sch or k, which can also be acceptable in various dialects. If you look at the IPA in more detail, you will notice that the soft ch is right next to the j (as in Januar, Jaguar, Jens and Yeti). The only difference is that it is unvoiced instead of voiced – in other words, the vocal chords remain open and no sound is produced.
This can help to learn the sounds. It is not always easy to become acquainted with these subtleties and practice them. Of course, it is good if a native speaker can tell you the sounds or for instance if you can record the sounds and listen to them a lot.
Another example is the rolling Spanish r, which is also found in Russian and other languages. When studying Spanish, we had many fellow students who could not make this sound. But Spanish is very difficult without this sound. Spanish people often do not understand a strongly rolled r produced in the throat (similar to the French r). The sound is not familiar to them.
We had courses for solving this problem. One hour a week my friends practiced with the German word for bread, Brot, replacing the r with ed (so it became bedot) and tried to swallow the e so that the tongue moved to the position of the d. If you look again at the list of symbols in the IPA, you see that the r is under the t and d, so it is pronounced at the same place. It is only slightly different, and that was the point of the class.

This did work for a lot of people.

The pharyngeal h in Arabic is trickier. It is between the R, the French r, and the German h. Here, it can help to use the IPA to understand the various points where this sound is spoken in the same way. You can then try to develop a feel for how to squeeze in a third sound between the two known sounds. It’s not exactly easy, but it is doable! Again, the best way is to use recordings and check with native speakers.

The third option was wanting to understand. If you have learned many languages, it can be interesting to clarify in your own mind why certain things are the way they are and others are not. The manner of articulation and the point of articulation are two reference points by which you can categorize sounds and compare them to each another. It can help to know more.

Another area is that of intonation: Earlier we mentioned that German and French are very similar regarding their phonetic system. However, in terms of intonation they are considerably different. German has word stress: The word “Schraubenschlüssel” (spanner/wrench) has four syllables. The first syllable “Schrau” must be given the most emphasis, then after that the third syllable “schlüs”, and the two other syllables are not stressed at all. This stress does not change if the word occurs in a sentence: In the sentence “Der Schraubenschlüssel ist weg.” (The spanner has gone), the word “Schraubenschlüssel” is emphasized in exactly the same way as when it stands alone.
French has phrasal stress. In other words, the emphasis can change depending on the context in which the word appears. “petit” (small) has a stress on the second syllable “tit”, “maison” (house) also has a stress on the second syllable “son”. However, if the words now occur together in a phrase such as “la petite maison”, the accent remains only on the syllable “son” of “maison”. In addition, the two syllables with “e” in “petite” are indeed dropped completely when it is pronounced quickly.

Many students find it helpful to know these differences. Not others – it depends on your learning style.