New words: How neologisms emerge during the Covid 19 pandemic 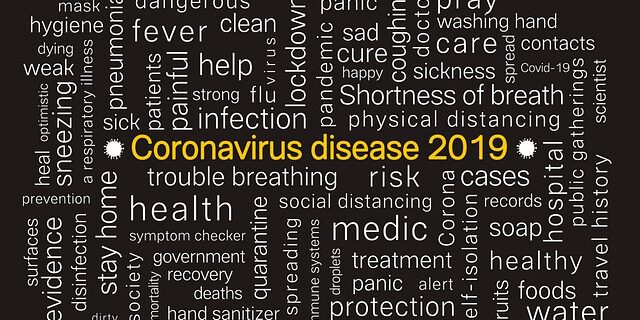 The vocabulary of a given language is constantly changing: new words emerge, old words “die,” i.e., they are no longer actively used and eventually no longer understood. This process varies according to the type of word: new nouns, adjectives and verbs emerge quickly and spontaneously. Other types of words, such as articles or numeral words, are difficult to change; here language change—if it occurs at all—takes a long time.

New words emerge because there are new things to name, because speakers want to be creative and stand out from others, or because they are comfortable and want to express things more briefly. (This is called language economy.) In this context, language is like a large building set with colorful blocks from which new words can be formed. As with building blocks, not everything fits together in language; you have to follow some rules when forming words. On the other hand, you can also deliberately break these rules and set yourself apart. We can borrow more building blocks from other languages.

The global covid-19 pandemic presents us with new situations almost daily, so word formation has accelerated in recent months. Linguistics took notice early on, and so the Institute for the German Language (IDS) in Mannheim has set up a special neologism dictionary for the corona pandemic. ( https://www.owid.de/docs/neo/listen/corona.jsp )

What new words have emerged in German, and what about other languages? German borrows many new words from English: social distancing, social bubble or lock-down. The spelling often varies, as in lock-down or lockdown or lock down. Sometimes two words compete for a time, as in shut down and lock down.

Romance languages tend to create new words in their language, or to give new meanings to existing words. For example, social distancing is called confinement in French, and aislamiento or confinamiento in Spanish.

The use of video technology for professional and social meetings has given rise to a host of new words. In this context, the app Zoom is representative of the other providers, just as the Germans say Tesa and mean any adhesive tape, including that of another manufacturer,, it’s scotch in the US. In German, for example, zoommeeting, zoomcall, zoomen and, as a result of this activity, zoomfatigue have emerged. Spanish knows zoompleaños for virtual birthday party, this formation having been supported by the pronunciation of zoom- similar to cum-(pleaños).

Another word-formation principle is the nested word, also called partmanteau, in which two words are merged. In Spanish, for example, this includes balconazi (from balcón and nazi), which refers to a person who monitors the neighborhood from the balcony and reports curfew violations, or, as a counterpart, covidiota (from covid and idiota), who does not comply with pandemic restriction rules. German knows, among many other words, Pandematte (pandemic + mat) for the long hairstyle that occurs during the closing of barbershops, or pandemüde for the state of pandemic fatigue.

Another area includes figurative and metaphorical word formations: Mini-Ischgl, a virus outbreak in one place, after the Austrian ski resort of Ischgl, where a (note the neologism!) super-spreader event was held in 2020, similar to Infektionstsunami (infection tsunami), an increase in the wave of infection. The fight against the virus is served by the Brückenlockdown (bridge lock-down), a much mocked word formation, which is supposed to symbolize the transition to a virus-free time.

The transition from technical to general language often brings a change of the gender. Thus, in German das Virus is possible (neuter), but in many cases der Virus is used (masculine), because the many other words that end in -us are also masculine ( https://www.duden.de/sprachwissen/sprachratgeber/der-oder-das-Virus ). For the vaccine, das Vakzin predominates (neuter), but the German dictionary, Duden, also knows die Vakzine (sing., feminine).

This text should conclude with one of the friendliest loan words: knuffelcontact (roughly: cuddle contact) which in Flanders, the Dutch-speaking part of Belgium, refers to the one close physical contact that should be maintained. It was chosen as the word of the year 2020 and subsequently spread not only in German, where it was adopted directly as Knuffelkontakt with a minor orthographic change and no problems of understanding, but also in Spanish, where it competes with “compañero de mimos.” But since Spain enacted other regulations for social contacts, knuffelcontact could not establish itself permanently … it was simply not needed.