A single universal language for everyone? Artificial Languages, Part 2 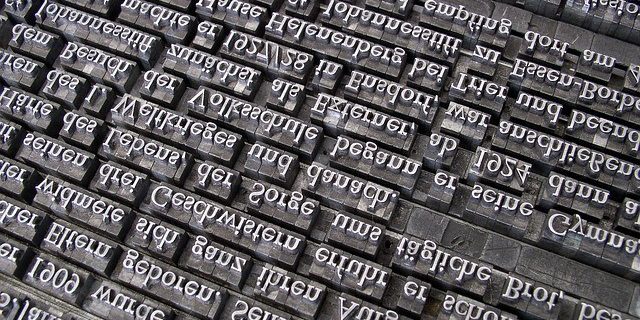 Their history goes back to the seventeenth century when scholars and philosophers, such as Gottfried Wilhelm Leibniz, developed so-called a priori languages. These were strictly logical attempts to classify the world, based on a completely newly developed vocabulary and its very own grammar; they used no existing languages whatsoever as a foundation. A priori languages proved to be difficult to acquire and above all impractical for spoken communication.

A second group, a posteriori languages, were created from the 19th century onwards. They were based on existing languages like English or Latin, or they chose their language material from whole language families such as Romance languages. An example that could be mentioned here would be Latino sine flexione (Latin without inflections), which was developed by the Italian mathematician, Giuseppe Peano, in 1903. He thought it unnecessary to construct a completely new language, since Latin already exists as a universal language. Peano did away with the complicated grammatical endings of the Latin words and enriched the vocabulary through modern words from the romance languages. In fact, up until the middle of the 20th century, numerous scientific publications were written in Latino sine Flexione, making it one of the few planned languages which was used in practice.

From a total of several hundred projects, only a few caught on and of these the most significant example is Esperanto. Developed by Doctor Ludwik Leizer Zamenhof in 1887, Esperanto, like many other projects of its time, was supposed to contribute to international understanding across national and linguistic borders. Latin and Romance words represent the basis of the Esperanto vocabulary, as well as Germanic and Slavic elements. Multi-linguals understand a lot of words, so for example, lampo in Esperanto means lamp, which is Lampe in German, lampe in French, lampa in Polish. The sentence Adiaŭ kaj vidi vin baldaŭ, which I used when I left you last time means, by the way, “Good-bye for now, and see you soon.”

The information on numbers of speakers differs greatly and currently fluctuates between around 150,000 and 2 million. Of these Esperanto is almost exclusively learnt as a second language, though there are also a few thousand who use it as their mother tongue, some of them already in second and third generations. In these families Esperanto is regarded and passed on as a language of a peaceful international community. The esteemed German diplomat, Ulrich Brandenburg, is one of the most prominent speakers of Esperanto as his mother tongue.

Esperanto speakers have succeeded in developing something which most of the other planned languages lacked: their own culture, which in turn has the effect of bringing about identity and community. Thus, there are magazines and books, theatre plays and even big screen films in Esperanto, music with Esperanto lyrics is played at festivals and on their own radio stations, and long before the Euro there were two initiatives with the Speso and Stelo to introduce a separate currency for the Esperanto Community.

A criticism of Esperanto, as also with many other planned languages of the 20th century, is that they are Eurocentric. Vocabulary and grammar stem from the European languages, making it easier to learn for those across the world who use English or Spanish as their mother tongue, but for those whose mother tongue is for instance Japanese or Korean, there are no points of reference.