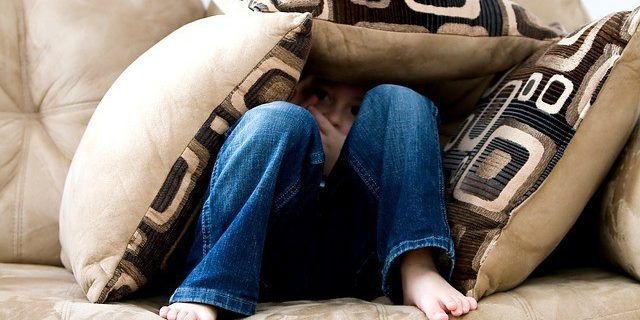 We’ve seen that GPA has big advantages. Again and again I read about new insights of language learning experts for language school teaching that are fully or nearly identical with GPA thoughts (see here: https://www.britishcouncil.org/voices-magazine/can-we-learn-second-language-we-learned-our-first).

But, there are some things that make learning with the GPA method more complicated. Or better said, some assumptions and approaches change learning so much that students run into trouble while getting used to something totally new.

1. Use simple material first, then later use complex material. I perceive the method as relatively simple and easy to handle. Many ideas can be easily applied. But when you read the articles of Greg Tompson, (link) many details are explained as complex. Our articles here from Chris confirm this tendency in my eyes. But, we need a more simple presentation of the method.

Now, I have to add honestly, if you study language learning methods, you hardly find simple explanations. Very rarely is there help according to the book. Many ideas are psychologically and pedagogically proved and secured. But, quite often, they don’t approach the student; rather they talk to teachers and university personnel.

2. So much depends on the language helper. If you have a language helper who can’t explain well or is not motivated or bored fairly easily, then it gets exhausting. Very often, it is not noticeable in the beginning, but it is after a while. Also, you rarely work in a group but rather alone and therefore learning depends on one person: you!

On the other side we have to say that in a normal class room many things depend on the teacher, too, and if you don’t cope well with him, you are in trouble.

In German university, I had a semester of Portuguese and one of Dutch. Both languages I gave up as I couldn’t deal with the teachers. The Portuguese guy was strange, and the Dutch guy only worked with translating phrases.

3. No grammar. Many students have a problem with the fact that they should not learn grammar. I think the same way. I want to understand the system quickly. As a former student of grammar, it’s easy for me to study the phenomena that I didn’t know before. But many don’t have that skill. Consequently, many of my friends attended a language course for beginners to get just this information.

And again here a restriction: in normal language courses, grammar is taught slowly, bit by bit. Very often you deal with a topic later, when the student is advanced enough. So, GPA is no exception, but the missing grammar irritates some people. With Tunisian Arabic, an acquaintance told me that she attended a language course because she wanted to understand the verb classes and some similar issues. So I asked my language coach if I should look at verb classes. His answer was, “You can do that and you will only need an hour to understand them. But, it won’t help you a lot with language learning.” He was right.

4. No classical vocabulary learning. This is a point where I totally agree with GPA. I hate the classical vocabulary drills and memorization. It’s enervating and hardly effective. It’s a lot better to listen to phrases and sentences and later on to texts until they sink into your brain and you understand well the single words. Then, they enter the active lexicon on their own.

5. Missing creativity. Especially in phase 2, where you describe picture, GPA demands creativity. You should say as much as you can: describe, invent, simply talk. I am quite bad in this. I say what I see and as I am not the visual type of person, I don’t see a lot. I live with my ears by hearing. This bothered my language helper quite a lot. He had a hard time with the fact that I rarely described things and never had ideas to imagine with fantasy what people might say, think or do – I only saw static pictures.

This problem I always had in normal language courses too, but with GPA it is a lot more evident. Here, I really need to be more creative. I am a student but also a teacher of myself in some ways. If I don’t implement the method, no one else does it.

6. No writing, no reading. Many visual people urgently want to know how to read and write. They jot down the new words and want to learn them the classical way. This is complicated if the language is rarely or never written. You can help yourself with the phonetic alphabet (IPA, link) but not many know the IPA.

An acquaintance wanted to know how to read Arabic right away. He learned Standard Arabic and not the dialect of the country he lived. At the end, that threw him back a year as he could read and write after the year. But, he still didn’t know anything of the dialect and wasn’t able to participate in the daily life of the people.

7. No translation. Every student should try to grasp (or understand) the word in itself and avoid translations. This is difficult if you don’t get a good idea of what the word may mean. In fact, it’s good and makes sense not to translate a new word in the host language to a word in the mother tongue. Often it’s clear that the translation is not sufficient. But, in the beginning especially, you need orientation. One needs an idea what something means. If this is not allowed, I risk forgetting something sooner than necessary.

These are some disadvantages of the GPA method. You should have understood that I can fairly live with this method and use it daily learning Tunisian Arabic. I would not regard myself an advocate but I consider GPA as a far better method than many others. A problem remains that you can’t find material easily. A coach is needed who guides you in the first steps and later on from time to time.

Maybe we should offer coaching soon.