Why not totally different? GPA from the perspective of the student – 1 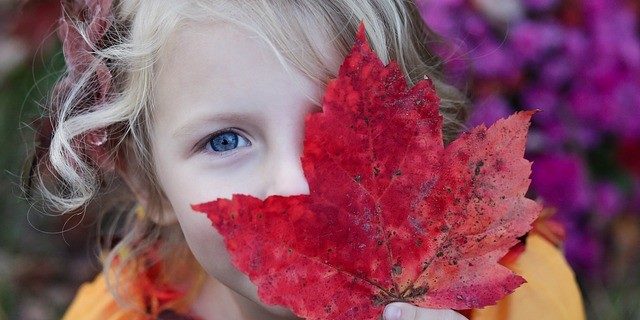 Out of the masses of language learning methods, we picked one that we see as the best to really learn a language, especially if you live in country and if you can put a lot of time and energy into language learning (see here for Chris’ his overview). Nevertheless, this method has two major disadvantages from the perspective of a student:

But let’s start with the advantages that GPA offers without any doubt:

The approach of the growing participator in the host country has the big advantage that it doesn’t put the main emphasis on language learning itself. Language is only a means to an end. I want to be inside, to participate, and take part. If my neighbors and friends celebrate, discuss or debate, grieve or rejoice with each other, I want to understand what’s going on, why this happens and how I can take part or help. To reach this goal, I need to learn their language, the language they grew up with, in which they think, dream and understand best what is said.

This shift of main emphasis is a very good idea in my eyes. We care too much about grammar, learning vocabulary, writing texts and similar stuff. We need to understand that the goal is communication.

One example: I once met a lady who had lived together with a friend for quite a while in Thailand and had learned the language of a small people group. The friend had the goal to speak correctly. This lady had the goal to talk as fast as she speaks German, her mother tongue. After some years both were able to communicate well, but the locals considered the lady who spoke fast but not always accurate as the far better speaker of their language. Her friend managed to talk grammatically correct but quite slow. This was seen as unnatural and cumbersome.

Communication and participation in life in the host country, the country of the foreign language, are the nuts and bolts of GPA.

2. Focus on listening first and then on speaking

Chris states that language is something spoken that we also write – and not the other way round. There are thousands of languages in the world that are not written. There are only a few that are written but not spoken, and these are mainly dead and have been spoken languages before (Latin, Old-Greek, Old-Hebrew etc.).

GPA puts the emphasis on listening, especially at the beginning. Let the language helper talk, then you point and imitate. After 30 hours, you should start talking. In school, I always had trouble that I learned (and had to say) to say phrases that I never understood when someone else said them, particularly a mother tongue speaker. Comprehension is most important.

After listening, there is speaking. It’s important to talk to as much and with as many people as possible. Writing and reading are deferred. This is particularly true for languages which don’t have real spelling rules (yet), and no official orthography. It would mean that you invent the spelling for yourself. Of course, you can do this, but it takes time and energy and may cause additional problems.

3. Vocabulary is important but not learning vocabulary

GPA does not support classical learning methods for vocabulary where you learn pairs of words to combine with each other and try to memorize them. It is just the opposite. The method starts with the iceberg model (see here). We do know many words unconsciously. They belong to the six out of seven parts below the water. Only the seventh part above we can use actively. When we learn vocabulary, we try to learn the words in a way that they move up into the active lexicon. Of course, this is important. We want to be able to talk spontaneously and not be forced to look up words.

However, even in our mother tongue, there are many words we don’t have in mind actively. We understand them when they show up and then we can use them correctly in the right context. But, they don’t come to mind when we have to write a text at home. The lexicon of a language is huge. A normal mother tongue speaker may know 20,000 words. Professionals like writers and authors very often know up to 60,000. The lexicon of a language goes up very often to over 200,000 to even 600,000 words, including foreign loan words and similar terms from technical language. These figures are more or less true for German and will be similar for English and French (Most likely, English has even more words). The main point is that we can’t know all this.

GPA also tries to encourage the student to learn many words passively. It puts a lot of emphasis on vocabulary but in the right manner: passive does count. What I understand does belong to my vocabulary, even though it does not come to my mind when I have to respond. I still can work on moving these words into the active area. But, it already counts before.

Grammatical explanations are avoided. If a grammatical issue is not understandable right now, it should be taken as given. Until the student has a chance to understand what happens, he stays with the fact that things are like this. Grammar is not an intended subject. This idea may be strange but has its reason: foreigners who speak totally wrong but know the words and put them in a row are often well understood. Particularly in German, which is known for a complex grammar, you see quickly that many grammatical issues can be left out without interrupting communication. A sentence like “Ich müssen gehen jetzt Haus.” (I must go now home, every verb in infinite form) is not correct but understandable. Of course, communication is limited and if details are needed it gets difficult. You can’t study at university with this level but you will survive.

At the same time, grammar is not neglected but only postponed. GPA tries to take care that the student learns the right phrase. But, he doesn’t always need to know right away why the phrase is like that.

5. Challenge the gap but leave your comfort zone

What I don’t know I don’t have to do. GPA encourages letting things go which come up too early and to concentrate on what you should know. You don’t need to understand a juridical contract. You can’t follow a TV show or a soap opera in the language. What mother tongue speakers say to each other is always difficult. This is phase 5.

Challenge the gap, let it go! Yes! But, also leave your comfort zone. I learn best if I have to say and understand a bit more than I am actually able to. This is not comfortable. It’s unnerving and exhausting but only in this way do I move forward. I have to work to advance; I need to learn. Nobody can take this burden off me.

6. I am fully responsible, not the teacher who does not exist

There is no teacher at GPA who leads you during the procedure. You are responsible for yourself and work through pictures and stories with your language helper. A helper or a mother tongue speaker doesn’t need training as a teacher, but speaks well and can explain his language, for example what he sees and what a word means. He can invent creative small stories and comparisons. This type of person is needed.

My experience is that professional teachers don’t know exactly that. They are trained for the classroom and can’t switch easily. They want to take over control and guide you in the learning process. But, according to GPA, the student himself should guide. If he has heard something on the bus this morning, he can ask and check if his interpretation was correct. If he doesn’t do this, he misses a good opportunity. Teachers with a curriculum in mind often don’t react well very in these situations.

But, there are also some things which complicate learning with the GPA method. Or, maybe it’s better to say that with the mentioned assumptions and approaches, learning gets so different, that students have to change their habits in a way so that many of them run into trouble at the end.

But, these thoughts are in a different article.