The ethnographic film: a source for language and linguistics, com 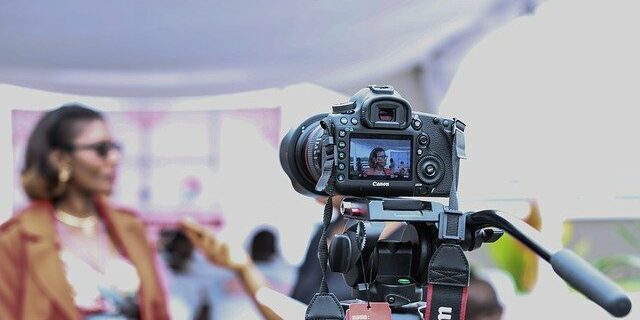 When I wrote the blog post “Linguistics and Linguists in Film” over a year ago, I thought that for a brief period we would have to confine our lives to the living room, bedroom, and kitchen. Now we still can’t travel without restrictions, and those of us who wanted to do projects on the ground in other countries have to think of new ways.

If you want to take a detailed look at other societies, cultures, and places, ethnographic films offer a lot of material. Ethnographic films (also: ethnological films) are documentaries that depict foreign cultures, their environmental conditions, norms and values, cultural techniques, socioeconomic foundations, and social structures in their environment. The film narrative usually focuses on a group or a single main character. Together with photography, ethnographic films belong to the field of visual anthropology.

Often, ethnographic films are difficult to access: they are presented at small, specialized film festivals, but rarely make it to rental or DVD sales.

“Nanook of the North” ( https://youtu.be/lkW14Lu1IBo ) by Robert Flaherty (1922) is considered to be the first ethnographic film. It is a silent film about an Inuit family in the Canadian Arctic. Since the advent of sound films, the emergence of lightweight, portable equipment, and the possibilities of synchronous sound recording, it has also been possible to provide detailed and in-depth insights into various areas of language and culture.

Thus, films are being made about the speakers of smaller languages, minority languages, and indigenous languages. Here, the languages can be recorded not only as audio files, but in videos that show extensive additional information such as gestures and facial expressions.

Other films are about migration, about arriving in other cultures and languages: the Institute for Anthropology at the University of Hamburg, for example, offers an exciting selection of student films on this topic ( https://www.ethnologie.uni-hamburg.de/studium/methodenzentrum/ethnographischer-film.html ).

For these and a variety of other topics, here is a small list of online archives of ethnographic films:

There are free materials and those that require (free) registration. Here are tips for detailed searching and links for registration https://elararchive.org/blog/2021/02/21/6-tips-for-getting-the-most-out-of-elars-new-platform/

Granada Centre for Visual Anthropology, Manchester: one of the world’s leading institutes for visual anthropology provides a variety of films by its students on its website http://granadacentre.co.uk/portfolio/

The ethnological film collection of the Austrian Federal Institute for Scientific Film (ÖWF), Vienna Technical Museum: after an excellent introduction to ethnographic film, the contributions are then sorted by categories such as “dance”, “material culture”, etc., but can also be searched using a search line with free keywords https://www.mediathek.at/wissenschaft-als-film/das-projekt-wissenschaft-als-film/die-ethnologische-filmsammlung-des-oewf/

The European digital library Europeana: a number of short films dealing with migration and language or minority languages are now available here https://www.europeana.eu/de

Only accessible to researchers is the Ethnographic Video Online database with over 2,000 hours of film material ( https://www.evifa.de/de/news/meldungen/evo-vollumfaenglich-zugaenglich ). To gain online access to the videos, one can register with the Specialized Information Service Social and Cultural Anthropology ( https://sozialundkulturanthropologie.fid-lizenzen.de/ ).