Why a translation into an Arabic dialect is not necessarily easier 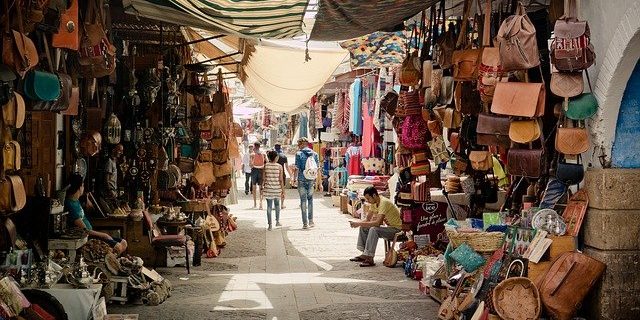 Once in a while, we get requests to translate from English or French into North African dialects. For historical and political reasons, these languages are often referred to as dialects. But according to Ethnologue (www.ethnologue.com, see below) and other sources, these Arabic varieties are languages in their own right.

Colloquial Arabic in Libya, Tunisia, Algeria, and Morocco is somewhat far removed from Standard Arabic or Modern Standard Arabic, which is the official language of these countries. Simpler in grammar, much more limited in vocabulary, and often interspersed with loan words from other, mostly European, languages, vernacular Arabic is quite different and thus a language in itself.

Why is it more difficult to translate into these dialects (we will refer to them as dialects for practical purposes in the following)? Why do we take normal prices for these translations and not less? And why do we even sometimes refuse the request, even though it seems to be “easy”?

There are several reasons.

The first is the language itself. It is not an official language, in that there is no official grammar that a team of experts might have compiled. There is no standardized orthography which means that the language is not clearly recorded. There is, of course still a grammar, both de facto and linguistically recorded. There is also a kind of orthography that is more or less accepted. But there is no standard, no official version decided by governments. This, of course, makes “official” translations difficult.

Second, the languages merge into each other: West Tunisian is actually like East Algerian, but different from the Arabic found in the capital Algiers. Oran in western Algeria speaks very much like Eastern Moroccan. In the past, this meant that our employee in southern Tunisia did not always understand a text from Tunis very well. In conversations, one can get along, but the fixed text quickly becomes more complicated.

The third reason is the prestige of the language among the speakers of these dialects: there is none. For many people on the street, the dialect is not a variant of Arabic that has any value. The written language and the news language are in Standard Arabic, and that’s actually the important language for a great many people. This low regard for dialects goes so far that many believe them to have no grammar or rules at all and therefore no value.

The fourth reason is a very practical one: because the requests for dialect work are rare and the projects are often special, the normal rules for translation work do not apply or apply only to a limited extent. Consequently there needs to be much more agreement and discussion among the translation team. When translating from an Arabic dialect into another language, and thus the source text is in the dialect, things often work out quite well. But the other way around is much more difficult, because you have to agree on many orthographic and grammatical points first.

For these reasons, our normal price for translations is also valid for the dialects. Even though Tunisian Arabic is the native language of our staff in Tunis and they can work quickly and well with it, there are often administrative issues which require extra work.

Information on the languages. Not all content on ethnologue.com is available for free.