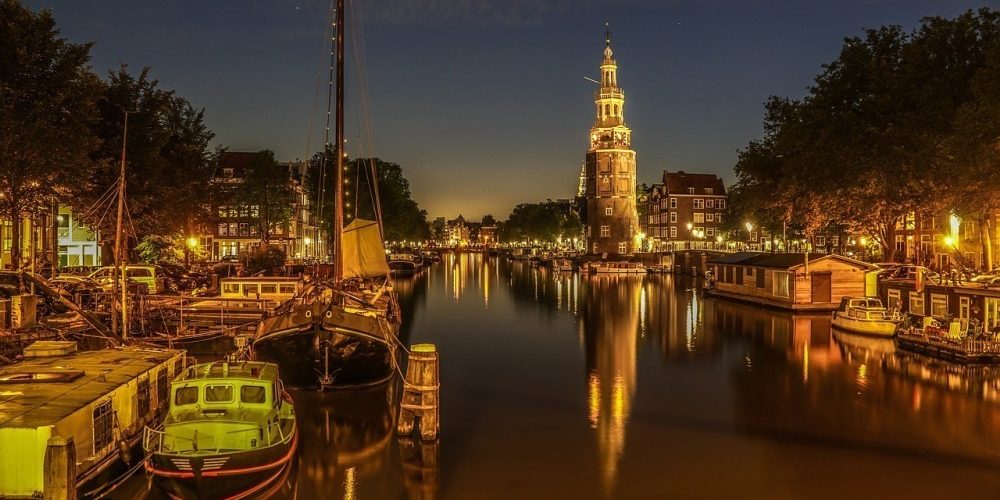 In language learning, we have a concept called “false friends”: Words that both languages have that sound or look alike, or sound a bit similar but with completely different meanings. These words are found particularly in languages of neighboring countries, for example: Dutch and German, or Spanish and Portuguese.

And they are very annoying! You have to learn them again as if it were a totally new word and you might have to even pay more attention to them than other words that are completely different than your own language.

Often, you can find a lot of material covering language pairs that are quite different. But what do you do when the languages are similar? What about when you have more difficulties with the similarities or seeming similarities? Are there shortcuts that would help the language learning process go faster in those cases?

A few months ago Ulrike wrote in about her experience in Amsterdam, where she attended a Dutch course for German speakers. By her testimony, we saw clearly that Dutch is easier for Germans that native speakers of other languages because it has similar grammar, similar structures, and even a similar culture. (Note: the last one can be a stumbling block if you make too many assumptions though!)

So what should we consider when examining the differences between two similar languages you may ask?

To start, it’s important to pay close attention to the “false friends” that sound similar but mean different things. For example, in German and Dutch there is a word bellen, (Eng: barking) which in German means is used  for Der Hund bellt (The dog barks), but in Dutch means to call. Or the German word doof, which means silly, stupid in English while the Dutch doof means deaf. (Deaf in Dutch is stom.)

One of the most famous “false friends” is the Spanish word embarazado, which means pregnant, and is often confused in English with embarrassed (see https://en.wikipedia.org/wiki/Embarazada). Spanish and Portuguese have a dozen or more “false friends” such as Año, (in English year) which is pronounced the same way as the Portuguese word anho, which means lamb. The year in Portuguese is ano, but in Spanish is the word for anus.

Of course, a neighboring language is easier to learn than a very distant one, such as Arabic, Chinese or Japanese (to a European or N. American), where cultural differences are obvious and play a huge role in language learning.

However, even with a neighboring language, cultural subtleties should not be neglected.  A coffee party in Germany is characterized by lots of coffee or tea, and a lot of cake. In the Netherlands, one cup of coffee will be distributed to everybody in many regions, together with one piece of cake. Then, when all have drunk and eaten, a second round of coffee and cake may follow – if there still are left-overs. Sometimes you get only one.

I was once invited to a Pakistani-Dutch wedding. On the way there, my German friend who had lived in the Netherlands for several years made the comment, “I hope the Pakistanis do the food!”

Another example of subtle differences is between the Dutch words begrijpen and verstaan (both meaning “to understand”). In German, begreifen and verstehen are synonymous. In the Netherlands, at least in the standard language, verstaan means that you don’t understand someone because you can’t hear what they are saying. Begrijpen means that you mentally do not understand what someone wants to say.

How do I learn “false friends”?

First, you need to be aware that “false friends” exist and begin a list of them as you come upon them. Even if you haven’t noticed many yet, there will be some/more.

Second, you must be observant of the subtleties: What exactly does this word mean in the foreign language, what does it mean to me? Search for synonyms and also look for similar words that might not exactly mean the same but are close. So, for example, in addition to calling for the Dutch bellen write down to phone and to communicate by mobile phone.

Third, try to put the word in context with a sample sentence, the shorter and more concise the better. It shouldn’t be, however, so short that the meaning is lost in the generic nature of the sentence. Ik bel je  (I’ll call you) probably won’t be helpful. Ik bel later terug is better (I’ll call you back later). De telefoon bleef bellen (the phone rang a long time) is even better, since the context is included with the mention of the phone.

Even if a neighboring language often needs less time that a very different language, it still requires some attention. Ulrike spent three weeks in Amsterdam and had a very intensive program. Though it was a short period of time, the participants were able to advance in their language level from an A1 to a B1. B1 is already good, but of course it’s not perfect and probably wouldn’t be enough to study in that foreign language.

Thus, one should calculate 500 to 1000 hours for the language (much more than Ulrike’s three-week course that was probably 150 hours of classroom and self-study). Also, it depends on whether you are immersed in the language by living in the country where it’s spoken (like Ulrike did during his intensive), or if you study from home and are not as exposed to the language on a daily basis.

I’ve had good experiences with higher-level language using movies. If you watch a film in the foreign language, and then add subtitles for fuller understanding (hopefully in the foreign language too), it can be a very effective tool. It’s also helpful if you can watch the film several times (if it’s good enough for that).  If you want to use the movie to maximum effectiveness, you can get a digital copy so you can stop and rewind/repeat the more difficult parts.

Better yet, watch it with a language helper who can explain the difficult parts to you!